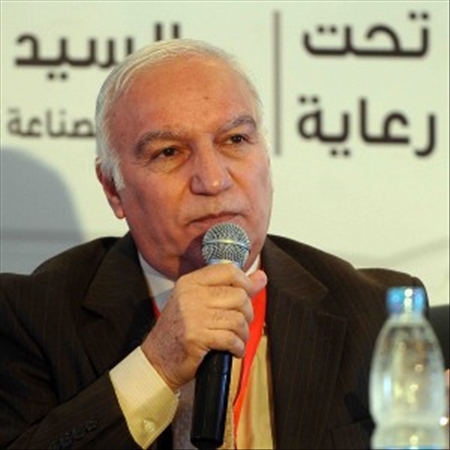 Egyptian Auto Feeders Association (EAFA) Chairman Ali Tawfiq revealed to Daily News Egypt details of the association’s project adopted to manufacture a million cars for export. The EAFA’s project will also ensure the provision of tens of thousands of jobs, in addition to increasing the country’s sovereign revenues with over $5bn of annual proceeds to the state treasury.

Tawfiq added the project is built on a partnership with one or more international companies to manufacture a million cars for export. In return, the Ministry of Industry will increase the ratio of local components and adopt full specifications for the Egyptian car.

During attending the annual Egypt Automotive summit, you presented Minister of Investment Ashraf Salman with the million cars for export project. What are the features of the project?

The project aims to solve the problems of the automotive industry, unemployment, the import and export problem of the auto feeding industries, and to increase the country’s sovereign revenues to add about $5bn of annual proceeds to the state treasury. The automotive industry was built upon the law that gives investors the advantage of a local component percentage that reaches 60% in Engineering Industries’ products, but the law gave the right to the Minister of Industry to determine the ration of the local component and its minimisation as an investment attraction for certain periods. Accordingly, the Ministry of Industry announced in the early 1990s that the rate of the local component would represent 40% of the product manufactured in Egypt, which was then increased by 5% so the rate of the local component became 45% until now.

Was a study conducted for this project? Was the project opened to discussion before the agencies and companies involved in that industry?

Passenger cars in Egypt have neither witnessed growth in number, nor deepening in components locally for 30 years, except for very small rates. This is despite the support they got in the form of reduction of customs on imported components. One of the reasons behind this was the lack of quantitative production, as none of the production of any car model exceeded 30,000 cars per year. In comparison, some of the neighbouring Arab countries are moving towards producing passenger cars in large quantities that reach 400,000 cars a year in one project, which represents major challenges for the automotive industry in Egypt.

This problem could be faced if the Egyptian government announced a project of manufacturing a passenger car from an international company. A land of full facilities could be allocated for the project with adequate space for the project to produce a million cars to be limited to procurement of the government and its subsidiaries, and uses of police and armed forces. This would then mean it offers its members the purchase of the car in instalments, and be limited to taxi licences in all governorates, it could also be offered to Egyptians working abroad (especially in the Arab and African regions) to be delivered to them where they work, and they would be permitted to enter Egypt with it, without customs duties and also advertise for the car abroad.

The proposal includes awarding the winning design of the international companies advantages for the quantities exported abroad, and the licence-giving company would provide technical support in a centre for research, development, and training. This is especially for technicians, on operations production and assembly, and manufacturing stabilisers and equipment needed for the project locally, and training on maintenance and repair in service centres. Domestic automotive companies would be invited to assemble the car, according to the production capacity available at each of them or added to its capacity, and according to the appropriate price, this policy is adopted by some automotive companies in Egypt.

As for the auto feeders industries, companies of auto feeders industries could be invited to present their offers for manufacturing components of the winning car, and in economic quantities. The government would grant auto feeders industries participating in the project lands among those allocated for the project with the aim of producing a million cars a year. This would start from 200,000 cars and manufacture more than one model of the same car to cover the diverse needs of consumers with litre capacities ranging from 1000CC to 1600CC, which is the best-selling segment worldwide. The companies would set components targeted to be produced locally, which brings the local manufacturing rate up to 80% on the condition of exporting vehicles produced by over 50% abroad.

How can Egypt export to the rest of the world when it did not place full Egyptian car specifications yet?

The Egyptian Organization for Standardization and Quality (EOSQ) has more than 127 specifications for the European car with the best specifications, and it has not yet accredited it. EAFA issued a proposal to EOSQ and the Ministry of Industry on how to measure the local production, and it has not been decided yet. The million cars project demands that EOSQ accredit the specifications and designs of the chosen car and the licence-giving company has to establish the project. Egyptian engineers and technicians, under the supervision of Egyptian universities, will be part of the project during the design, developing the model to be built in the design centres of the mother company.

How do you see the automotive industry’s situation for the current government and the absence of projects of the industry in the summit?

It is obvious that the automotive industry is not considered within the government’s plan, and the fact that the government has not yet approved the new investment law gives a bad image for the investment climate in Egypt. We also do not have a parliament, which means that the law is threatened with amendments by the parliament after the elections. All of this threatens all industries and not just the automotive industry.

What is your message to the government in light of the Economic Summit?

I demand that the government re-operate 7,000 factories that were closed for financial or legal reasons in Egypt during the past 20 years. This can be done through inviting investors from the summit to re-operate the factories. This will overcome the most prominent obstacles facing investors, which is providing land and equipment. This way, they will find land and equipment but they will only need some developments and trainings for the workers, which will provide many job opportunities.